HOW SHOULD I PRACTICE TO GET THE MOST OUT OF MY GAME?

Have you ever seen this at the driving range, or perhaps it’s you?

You get a jumbo bucket of balls, hit a couple of chip shots, move on to a few thinned 9 irons, hit three or four hooked and sliced 3 irons and then finish the rest of the bucket with the driver? All within the relatively short time of 30 minutes!

Yes it is called a Driving Range but it is also referred to as a Practice Tee in many parts of the world.

We need to ask ourselves:

As a golf coach, I help students understand what is technically sound and unsound with their swings. I prescribe drills to use at the Driving Range as well as at home. Many students initially come to me because they are looking for consistency throughout their game. They say they are relatively happy with their short irons, but funny things start happening as the clubs get longer, the woods are pretty much write-offs and pretty much any shot is possible.

This is generally the case when there are bad practice habits.

SO HOW DO I PRACTICE EFFICIENTLY?

It is well documented that Tiger Woods has gone through a number of swing changes and every time he went through a change, the initial results that followed were not great. Major wins soon followed and along with that came a great deal of consistency. It is reported that each time Tiger went through a swing change, it took approximately 9 months for the changes to take effect.

So what chance do we have if the world’s best golfer is practicing for 10-12 hours a day, and only seeing results almost a year later? It’s pretty simple, we need to practice with a purpose and focus more on the quality of our practice sessions rather than hit as many golf balls in a short amount of time. 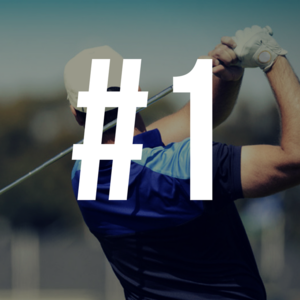 1. HIT AS MANY HALF SWINGS DURING A PRACTICE SESSION AS POSSIBLE

I once watched Vijay Singh hit golf balls for an hour off a tee with an 8 iron, swinging from waist high to waist high. I assume his reasoning for this was to build a connection/relationship between his hands and the club and really get a good tempo going.

We often get so caught up in trying to hit the ball as hard as we can, that so much tension builds up. That tension causes us to lose speed through the hands, and every other part of the body starts trying to do the work.

Half swings will generally keep the tension levels down, and you will be amazed at what sort of distance you actually start generating. Once the half swings feel good, try lengthening to shoulder height and so on.

2. REFINE YOUR PRE-SHOT ROUTINE WHEN YOU PRACTICE

How often do you find yourself hitting a bad shot on the range, getting flustered and just going for another ball and following it up with a shot that is more than likely worse than the previous one?

Treat your practice sessions like a round of golf, visualise your shot, have a practice swing and commit to the shot.

Once you have hit the shot, try to get a feel for why it was a good shot and why it might have been an average shot. 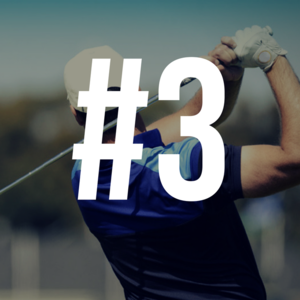 3. PLAY THE GOLF COURSE ON THE PRACTISE TEE

This is my favorite way to practice, I like to take a scorecard of the course I am going to play or if I know the course that I am going to play, I hit a few shots to loosen up and then play the golf course. For instance if the first hole is a par 5, I will hit my driver, follow it up with a wood or long iron and then a chip or pitch shot. This really gets you thinking about your shots as well as not becoming too reliant on a certain golf club.

We are not afforded a lot of time to work on our golf games, especially if we are not touring professionals. But we can make the most of what we have by focusing more on the quality of our practice rather than the quantity.

You will be redirected to the Sydney Golf Academy site. Simply choose your preferred lesson or package and select ‘Bobby Walia’ as your instructor at time of booking.

Elastic Golf Partnership – How I Recovered From My Golf Injury

Mallet Vs Blade: Which Putter Style is for You?

Ball Striking Drills: How to Be More Consistent With Your Contact

Golf Grip Guide: How to Grip the Golf Club